Get to know mr. stat

What is mr. stat golf?

"There is golf and there is tournament golf!" I don't know who to give credit for that quote, but that is about as true a statement about golf that I know. Winning a golf tournament is hard. Ben Hogan is credited with saying "This is a game of misses. The guy who misses the best is going to win!"

Our mission at mr. stat golf is to preserve the names of Georgia's golf champions. Those players who missed it the best when it counted. We are searching old newspapers, plaques on clubhouse walls and whatever golf course records we can locate to name as many champions as possible. We are also counting on you, our viewers, to help us fill in the many gaps we currently have. Please enjoy our website. It exists because of you. 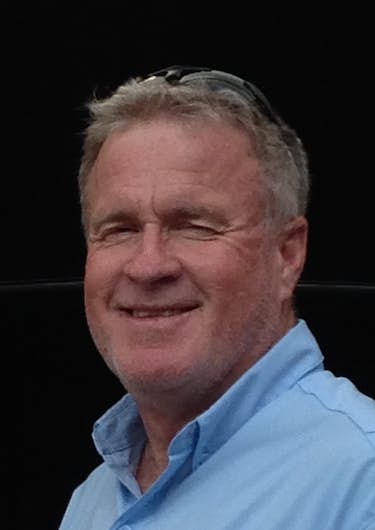 Joey Kaney, the founder and president of mr. stat, inc., has been playing golf for 50 years. He has competed as a junior, a college golfer, an amateur golfer, a professional golfer and, as a reinstated amateur, now is hacking it around as a senior amateur golfer. While competing on the Hooters/Jordan Golf Tour in 1993 and 1994, he began hand-figuring statistics for that tour as a hobby (continuing to work with them until 2005).

From there, stats became more than a hobby for Joey—they became a passion. Joey had been referred to as "mr. stat" by friends since the 1970s due to his detailed recording of his own golf stats. He formed mr. stat, inc. in 1994, asked his 13-year old daughter, Heather, and his 9-year old son, Hogan to come up with a logo, and he was off and running.

In November 1994, Joey began working with the Sarazen World Open and continued to do so during its 5-year-stint in the United States. He was chosen to do statistics for media guides for PGA Tour stops in Atlanta and Callaway Gardens, the LPGA event in Stockbridge, and four Champions Tour events across the South. He also did work for the Georgia PGA and the Celebrity Players Tour, as well as individual golf clubs, such as Willow Lake Golf Club in Metter, Georgia. In addition, he compiled statistics for Golf's Greatest Eighteen, a 2003 book by David Mackintosh.

Recently, Joey has become more of a historian than a statistician and now dedicates his time to "preserving Georgia's golf champions one champion at a time". Along with his wife Marie, the names of our champions are being recorded here at mrstatgolf.com to give them a permanent historical home. Joey believes golf records are disappearing much too fast and it’s time for mr. stat to do something about it.

If you’re passionate about Georgia golf, mr. stat would love to have you on board as a sponsor. Our generous sponsors help grow and maintain our site and ensure our state’s champions are remembered for years to come.